An introduction into Soundsystem Culture in Mexico and Colombia 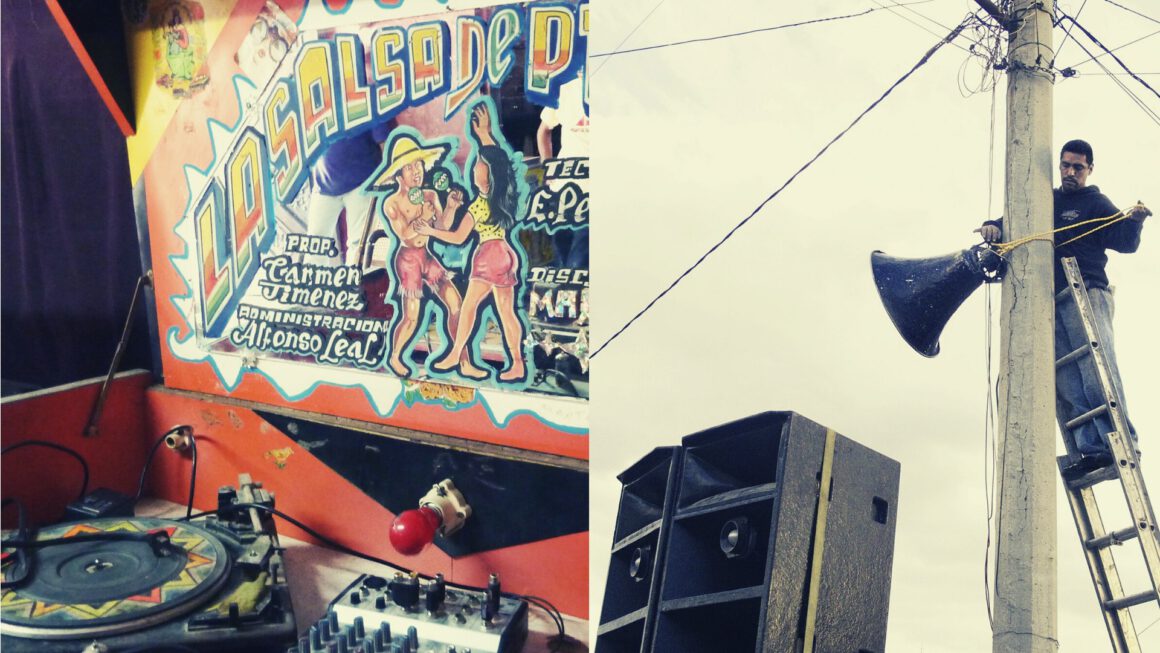 Since the 1950s, the so-called Pico’s in Colombia and Sonidos in Mexico not only play music, but also take on other important social and cultural roles. The two socially very different countries of Colombia and Mexico also have different musical backgrounds, which will be explained in this evening, as well as the connections that have existed from the beginning.
————————————————————————–
Speakers:
Calamidades Lola (Saca Sal/ Sonido Los Cariños)
is a vinyl record hunter and dj / selector born and raised in Barranquilla, a city on the Caribbean coast of Colombia with a powerful party culture where music is a sure path to joy and liberation. Growing up surrounded by massive and technicolor sound systems in her neighborhood, she developed a taste for playing loud music regardless of style or genre boundaries. As a migrant he is aware of the need for the party as a meeting point for the different cultures that pass through a city like Berlin and seeks through these to give them visibility and inclusion.
Selektor Bony (Cumbia Fest Berlin/ Sonido Los Cariños)
born in Mexico and with more than 20 years of Dj experience Selektor Bony has established a solid fanbase in Europe and Latin America. As a professional Dj and founding member of Berlins only Sonido he sets new standards and shifts boundaries, both on the dance floor and in people’s minds.
Hosted by:
Rádio Djan Djan (Tropical Timewarp/ Sonido Los Cariños)
Music enthusiast, dj and radio host from Berlin.
————————————————————————–
Doors 7:30pm.
Start: 8:30pm.
Dj Set: 09:30 – 00:00
Fee: 8,-
————————————————————————-
+ Google Kalender+ Zu iCalendar hinzufügen

Rigaer Straße 7710247 Berlin
www.theater-im-kino.de
We use cookies on our website to give you the most relevant experience by remembering your preferences and repeat visits. By clicking “Accept All”, you consent to the use of ALL the cookies. However, you may visit "Cookie Settings" to provide a controlled consent.
Cookie SettingsAccept All
Manage consent

This website uses cookies to improve your experience while you navigate through the website. Out of these, the cookies that are categorized as necessary are stored on your browser as they are essential for the working of basic functionalities of the website. We also use third-party cookies that help us analyze and understand how you use this website. These cookies will be stored in your browser only with your consent. You also have the option to opt-out of these cookies. But opting out of some of these cookies may affect your browsing experience.
Necessary immer aktiv
Necessary cookies are absolutely essential for the website to function properly. These cookies ensure basic functionalities and security features of the website, anonymously.
Functional
Functional cookies help to perform certain functionalities like sharing the content of the website on social media platforms, collect feedbacks, and other third-party features.
Performance
Performance cookies are used to understand and analyze the key performance indexes of the website which helps in delivering a better user experience for the visitors.
Analytics
Analytical cookies are used to understand how visitors interact with the website. These cookies help provide information on metrics the number of visitors, bounce rate, traffic source, etc.
Advertisement
Advertisement cookies are used to provide visitors with relevant ads and marketing campaigns. These cookies track visitors across websites and collect information to provide customized ads.
Others
Other uncategorized cookies are those that are being analyzed and have not been classified into a category as yet.
SPEICHERN & AKZEPTIEREN